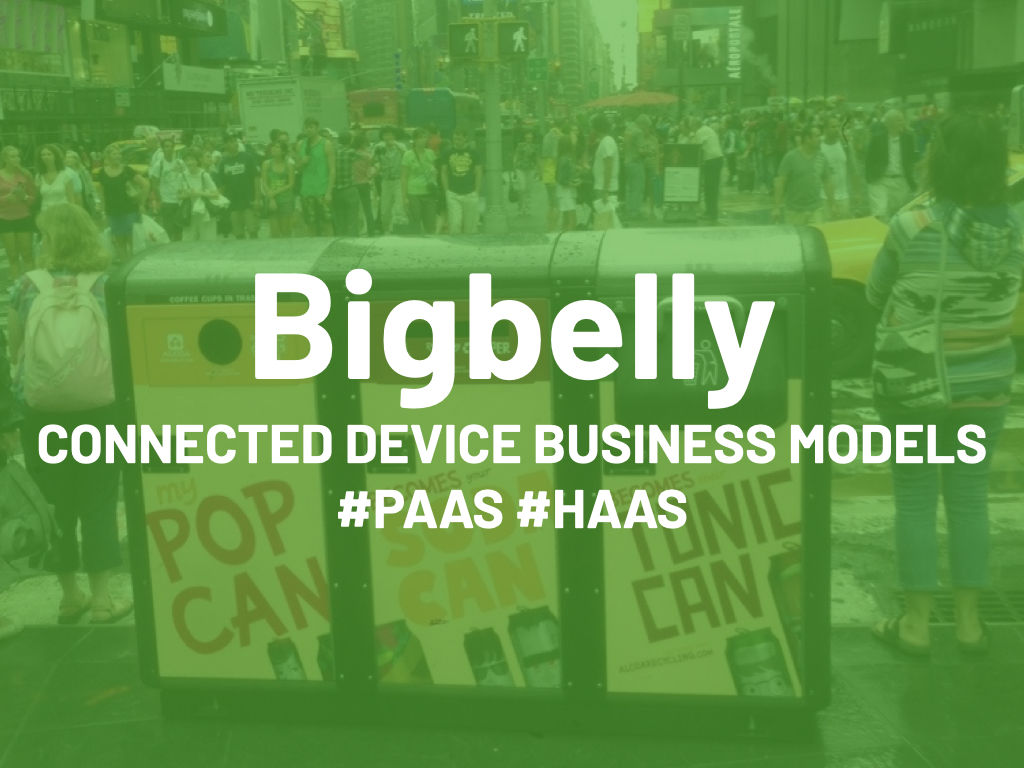 Founded as the Seahorse Power Company Inc. in 2003, began as a company with intentions of developing solutions for geothermal power plants and offshore wind energy. The focus shifted to waste management when founder Jim Poss addressed the poor gas mileage and diesel consumption used by garbage trucks.

When the company started in 2003, the mission was to transform one of the least efficient and resource heavy operations – waste operations.

Where on the Resiliency Scale?

This series explores the variety of ways established companies and incumbents adapt the hardware-as-a-service model.

Not all IoT offerings start out that way. Bigbelly is an example of a company that built a better mousetrap in the form of a solar-powered trash compactor that could hold 5x as much trash as a regular can. But it was not until the devices became connected that business model innovation lead the way.

Let’s take a look at the offering from Bigbelly. 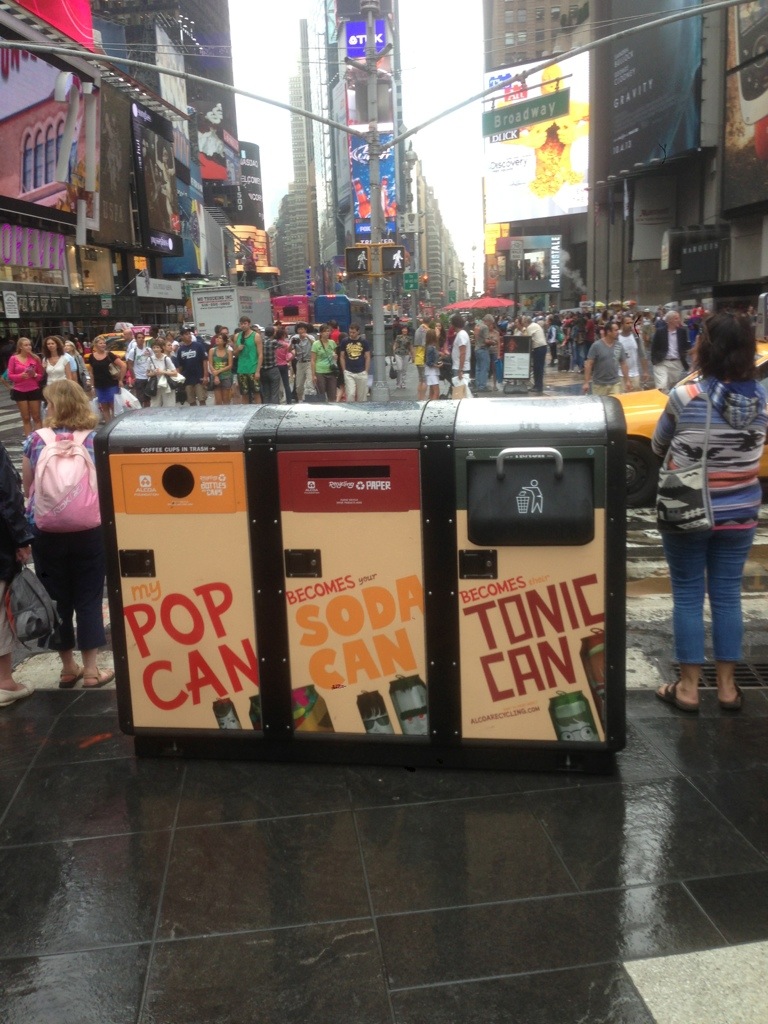 At the start, Bigbelly’s main innovation was not creating that much more value than a standard trash can. While the solar-charged compactors could carry 5x the capacity of a traditional bin, their cost was prohibitive in comparison.

To this day, the company creates branded space on the compactors to attract paying sponsors, or to create a sponsorship opportunity for public art in order to offset the more significant capital expense.

The company began to add a modem and sensors and launched a connected solution that enables city sanitation departments to plan and manage their trash pickup with real-time data sent to collection crews.

Essentially Bigbelly was solving a problem created by the very product they had invented. The non-connected machines were harder to service. “It takes a large amount of our laborers time to service them and maintain them and they’re very expensive,” Charles Williams, a Chicago commissioner said when evaluating the compactors and planning upgrades.,

A sensor to determine trash capacity to signal the compactor.

Sensors in the bin that communicate realtime to city sanitation and transportation departments.

Connected apps on smartphones that collectors can use to determine whether a Bigbelly needs pickup service. 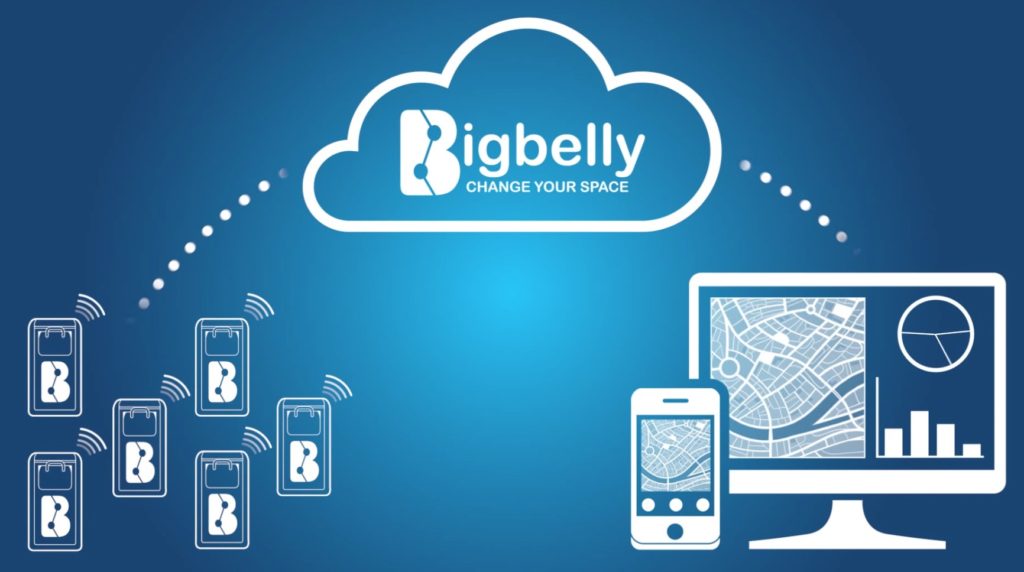 Bigbelly is a company that shows how the addition of IoT sensors and connectivity was not just a bolt-on, but rather meaningfully enhanced the value proposition to customers, creating more options for the company strategically.

You can still purchase the machines outright, and the overall value is designed into the ongoing realtime data service.

The value proposition for the product alone: increase the trash capacity of a Bigbelly compactor vs. a standard bin. The value proposition for the connected service: realtime connection notifications and measurable recycling and diversion rates. Bigbelly also claims to reduce the hours trash collectors need to spend on the road because they now can use predictive analytics to tell them when they should schedule a pickup.

The company has even made use of its physical footprint to become a provider of Internet and telecommunications infrastructure.

“Consider the possibilities of how your community can leverage the Bigbelly platform to transform not only core waste and recycling service but also leverage the multi-purpose platform add more value to the people across your city, campus, or organization. expand its offering to provide Wifi connectivity in cities and locations… without additional clutter or negative aesthetic impact.”

The business model for the future: providing this full sanitation and telecoms infrastructure solution in a platform-as-a-service model. 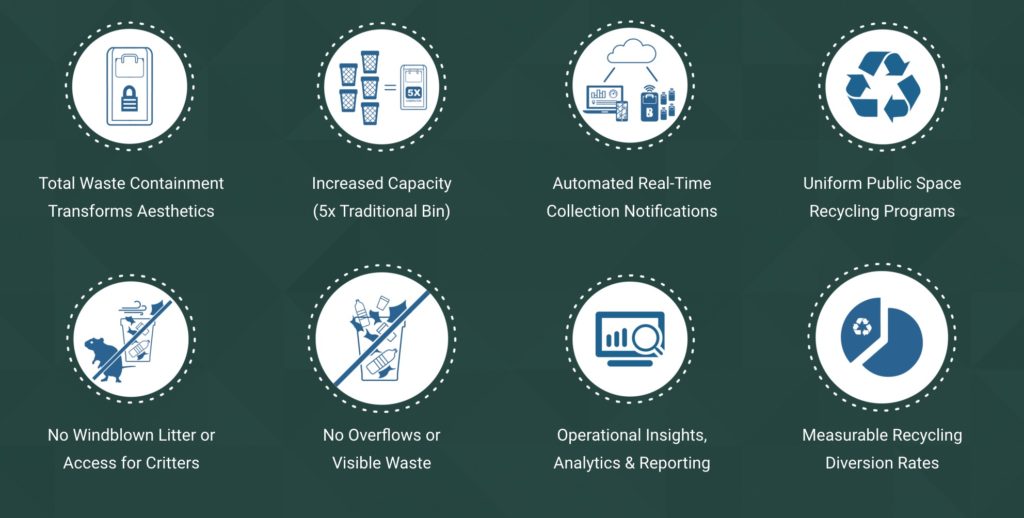 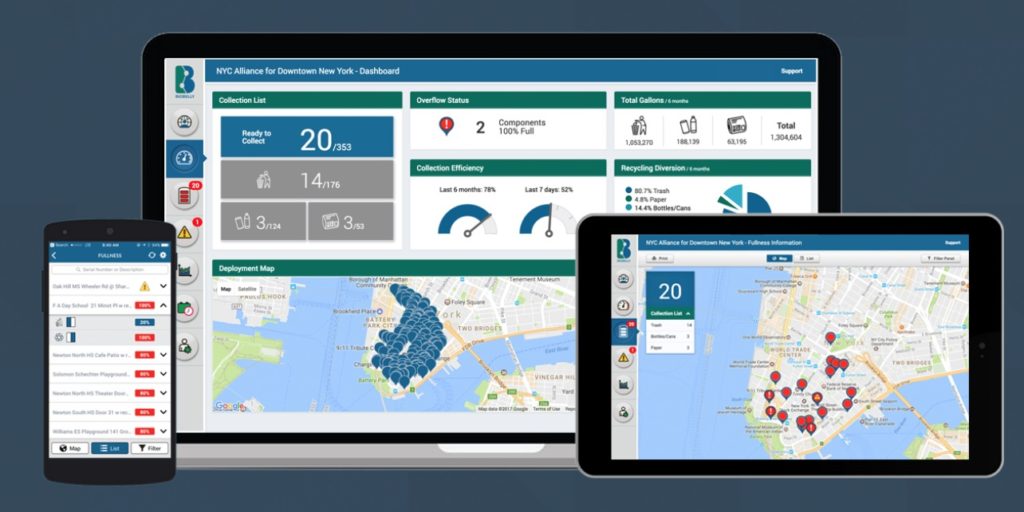 The Bigbelly customer stories reference how they decreased trash collection based on data they receive from the trash can sensor network. This  is not an automation story, but rather effective and efficient use of resources augmenting the work of sanitation and facility employees and managers.

The Bigbelly systems are typically installed in districts with heavy foot and vehicle traffic where trash collection is logistically challenged, and collectors can then be rerouted to those areas that require service. City planners and building managers now have real time data to direct and redirect collection to where those services are needed.

Bigbelly still sells most of their machines as a product sale. Like many IoT providers, they have to meet customers where they are in their ability to purchase and capitalize an expense.

The company sells on the performance benefit of the total cost of operation as unit costs have increased from $3,500 each to more than $4,000 to include electronic notification software and ashtrays. Bigbelly has several case studies for how cities have reduced collections from 4-5 times a week to once a week, drastically reducing the costs, and allowing the trash cans to pay for themselves over time.

As the company shifts to a platform-as-a-service subscription model they will likely focus on customer segments that find greater value in the ongoing use of services provided. Platform-as-a-service models typically require greater capitalization and the company has secured a private equity backer that seems ready to support the build-out of that offering.

Bigbelly has a standard privacy policy that applies to their CLEAN software platform. The company has not indicated how trash and machine data may be collected, used, or shared in its publicly stated policies, but there is not yet a regulatory reason why they should.

Public and private trash infrastructure is an interesting case. It’s unlikely that local governments or building managers think about their trash data as an asset or as something to try to own. In fact, garbage is considered public property when it is on a curb or in a publicly provided trash can.

Regulations in the US, EU, and other countries tend to focus on publicly  identifiable personal information that would not extend to machine data such as sensors measuring trash can volumes or communications networks sending that information to other machines. This leaves the machine, sensor, and network data owned by Bigbelly, and not by their public and private sector customers.

Bigbelly outlines a simple playbook for any non-connected hardware company to evolve their model by configuring new technology around more viable business models.

Their IoT and connected device strategy evolved incrementally, from the days when the company offered a mere solar-powered trash compactor to its current offering and evolution to platform-as-a-service.

At each stage in the evolution of the business model, the value proposition to the customer was reconfigured and improved with the addition of sensors, connectivity, and analytics measured in reduced cost and reduced emissions. These propositions are better prepared to survive COVID19 as city business improvement districts and other private and public sector actors invest in smart recovery.

Bigbelly is a reminder to established hardware and device companies that it is possible to launch valuable IoT-driven connected systems by focusing on what customers value. 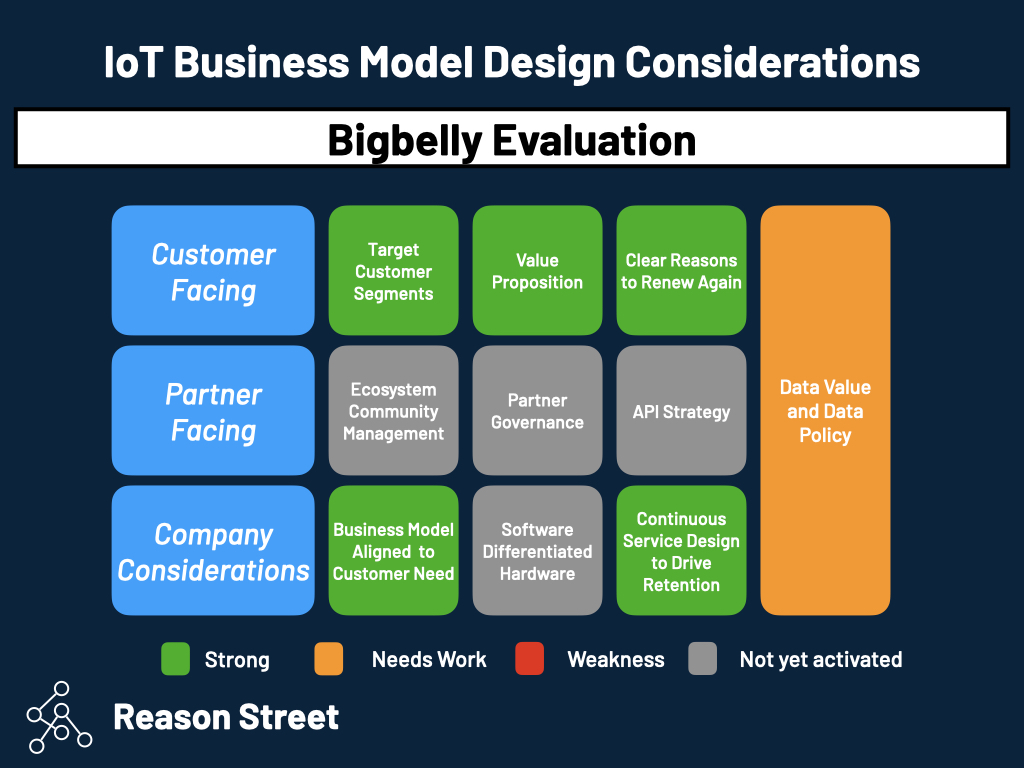 Learn the challenges and opportunities of building a platform-as-a-service business model.

Learn the challenges and opportunities of building a hardware-as-a-service business model.