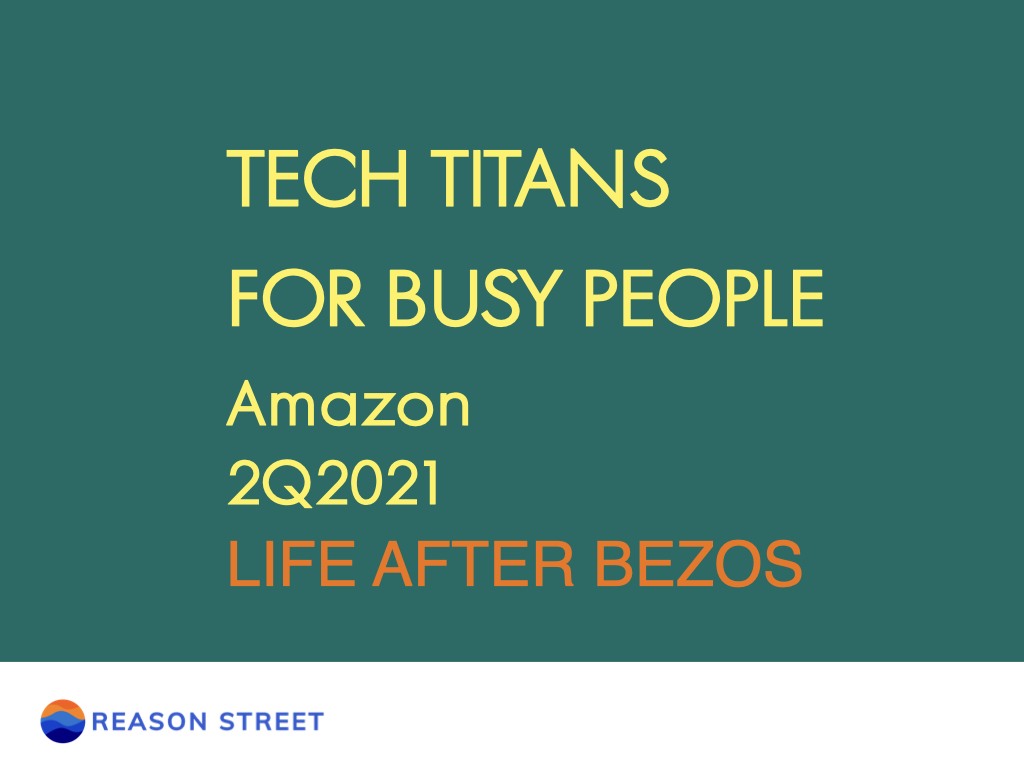 If You Blink You Might Miss the Tech Titans

The first quarter since Bezos stepped down from his role to pursue a career in the space industry. How did Amazon do?

The tone was sheepish, apologetic, and short, almost hiding killer performance in services like advertising and AWS. Amazon is facing tough regulatory headwinds, including the FTC investigation into its alleged use of third party seller data to produce and sell its own Amazon Basic goods. FTC chairwoman Lena Khan is also reviewing their planned purchase of Hollywood studio MGM for a mere 8.4 5 billion and the big problem for Amazon is she  knows what she’s doing, Where might she cut.