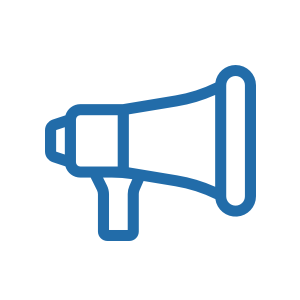 Advertising: firms attract an audience by creating content or attracting interaction and engagement, and then sell access to advertisers.

By providing an audience in search of things, so cleanly and effectively, Google was able to grow the majority of market share by adopting the pay-for-performance or cost-per-click model of advertising. Google focused on delivering the highest utility in the industry and has never wavered from that goal.

If your property is able to command a large enough audience, advertising can provide a substantial source of revenue. A power law dynamic is in effect for digital media – the bigger you get, the more market share you command. Facebook and Google took up 63.1% of U.S. digital ad revenue in 2017, and their share is projected to grow further in the next two years.

Advertising is sold in different unit types, CPM (cost per thousand) being the most enduring and prevalent. Other mechanisms for advertising: CPC (cost per click, such as Google), CPA (cost per action, such as Facebook’s engagement metrics or Amazon affiliate marketing).

If you have a highly targeted audience, you can almost always find companies that want to pay to reach your readers and users. This is especially true if your users show a propensity to buy the products that your advertisers want to sell, and why Vogue still commands high rates.

Advertisers pay more when the ad fits within the way your audience reads, watches, and engages with your content. It’s not the number and types of different advertising units that create conditions for success, it’s the appropriateness and effectiveness of the ad within the context of the medium.

TV ads and those pre-roll ads that run before that YouTube kitten video fit within the context. You may not love the ad, but you are in watch mode, you are eating a sandwich at your desk at work, and that is what counts. TV ads still have the highest ad rates in the business, with online video now frequently commanding higher rates that certain cable properties.

Challenges to the Advertising Model

The advertising model is under attack globally because of the failures of Facebook, Twitter, and potentially Google to limit fraud and election-influencing intervention. Now that consumers and regulators have become more aware of how these data-hungry business trade data and information in exchange for hyper-targeted advertising, they are under scrutiny. Many posit that the advertising business model itself is to blame.

For publishing and content sites that rely on ad exchanges or programmatic advertising, there is a price. These exchanges charge a cut of the advertising, so while the revenue arrives without the need for a salesperson, the publisher is often at the whim of the exchange. Ad exchanges and programmatic technology can also challenge the user experience. When you have a page loading problem on a media site, you can see exchanges at work, cranking away, tracking user information across the web, and finding the highest advertising bid to serve you.

In June of 2020, Apple gave iPhone customers the ability to tell app-makers not to follow them around the internet. Within months, Facebook’s advertising system was curtailed as they had relied on that tracking system to surveil personal data and shopping behavior, and then attribute ad spend to shopping cart purchases. Now that data is cut off for much of Facebook’s more lucrative consumer audience, resulting in weaker data analytics insights, and higher prices for their advertising customers.

Tradeoff Between Customers and User

The biggest challenge with a primarily ad-supported revenue model is that it forces constant trade-offs between the goals of the advertisers and the goal of the users. Your audience is not at your site or media property to look at your ads, but you have had to make decisions about how to deliver ads to them in a way that does not compromise their experience.

Chasing Clicks at the Expense of Quality

A frequent complaint heard at even established media companies is the pressure to chase clicks with listicle article formats, bait and switch titles, 100-page slideshows, and the ever-popular clickholes (best satirized by Clickhole.com).

Anyone can start a publishing site, or launch a video blog (vlog). Few make substantial revenue from these activities, because of the advertiser’s needs of scale and audience. Early-stage startups are challenged when they propose ad-supported models and are encouraged to launch first, get big, and figure out advertising later. Advertising is a long game.

The number of indexed pages on the web continues to expand, affecting ad rates everywhere. Real-time bidding, ad networks and exchanges, and other automated channels are creating extremely efficient ad spending, which benefits the advertiser, not the publisher.

In response to the Facebook and Twitter ad election scandals of 2016, these companies are at risk of further regulation. The EU has already increased privacy requirements with the introduction of GDPR. In the US, if there is an expectation that Facebook, Google, and Twitter are now responsible for the user-generated content, the cost to deliver these “free” ad networks will substantially increase.

Native advertising, formerly branded content or advertorial content, is one of the fastest growing types of ad revenue. Native ads are designed to match the form and function of the user experience in which it is placed. Native ads help overcome ad blocker technology (since the ads are typically in the format of content consumed and do not appear as ads) and mobile advertising challenges (ads are consumed in the stream vs. in the frame of a site)

Before You Consider Advertising

Facebook and Apple are at war, with the biggest battle still on the horizon, by Jon Schwarz, Marketwatch, May 2022.

The Secret Talks That Could Have Prevented the Apple vs. Facebook War, by Salvador Rodriguez, WSJ, 2022.

The Demise of Advertising Business Models, by John Hagel, The Marketing Journal, 2016.

The Case for Paying for Google and Facebook, by Anne Quito, Quartz, 2018

Jaron Lanier: How Can We Repair The Mistakes Of The Digital Era? by NPR/TED Staff, NPR Radio Hour, 2018.

After Addressing Initial Video Viewability, These are the Metrics that Matter, by Jerry Ostermiller, MediaPost, 2015.