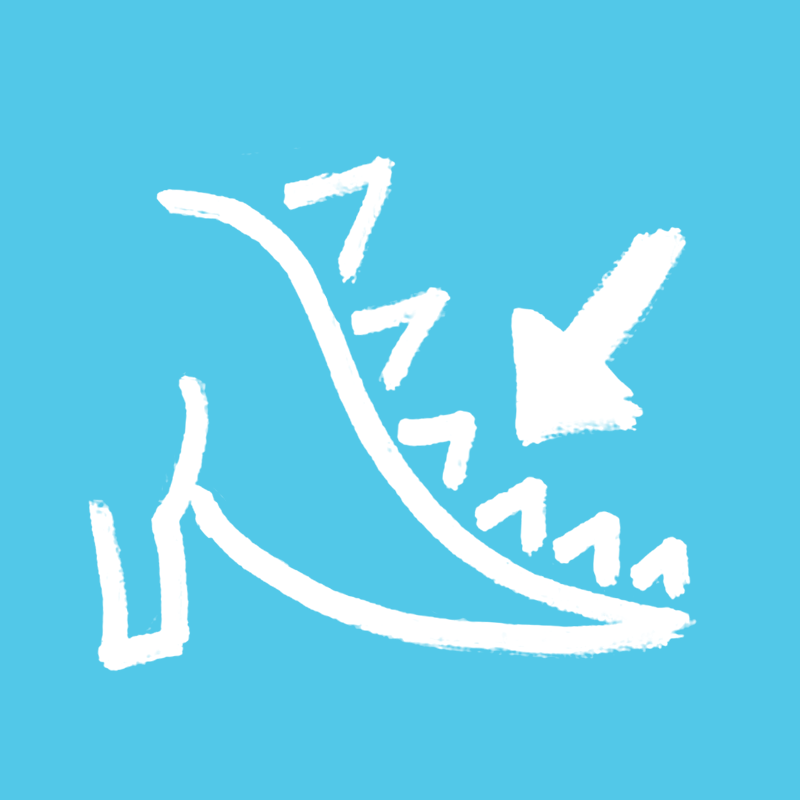 Long tail is a phrase popularized by Chris Anderson, former editor of Wired Magazine, in 2004. Anderson compared Long Tail to the blockbuster or hit-driven business models of media and retail companies. Long tail sellers change the shape of demand from “blockbuster” or “superstars” to selling large numbers of unique, niche items.

As an Amazon employee said at the time, “We sold more books today that didn’t sell at all yesterday than we sold today of all the books that did sell yesterday.” There has been much debate in the academic and business community about the validity of long tail as a bona fide business model, and the term is no longer popular for newly minted startups imagining their potential value. However, it is worth understanding the basic assumptions  which laid the foundation for early thinking in the value of internet distribution.

When it works well: 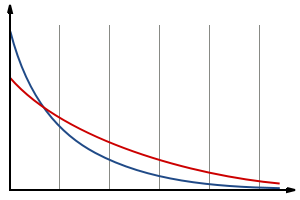 Long tail is made possible by the lower cost of storing/stocking and near unlimited potential for distributing products. Centralized warehouses are substantially less expensive than retail chains with local stores. Winners achieve better distribution, logistics, inventory management, warehousing, and ultimately have more data to determine how to price and scale.

Web and mobile storefronts have the ability to display huge amounts of inventory. By reducing the search costs for the average customer, and the cost to display inventory, long tail models increase the collective share of hard-to-find products.

Both Amazon and Netflix are famous for their “and you may also like” recommendation tools.

The long tail theory:  the recommendation engine would shift demand to the long tail of the demand curve, away from the hits on popular books, media, and products that drive traditional retail demand and toward niche undiscovered products. There is a counter theory, based on the use of collaborative filters that may exhibit a preference for a popular product, shifting demand back to hits or popular titles.

The way users find what they are looking for is often by a crowd of volunteers, contributing connections and collaborating directly with a company to create and organize information. Google is essentially creating a long tail of web search with the direct involvement of everyone that uses Google, contributes linked content on the web.

Netflix and Amazon are famous for using the customer preference data collected over time to deliver not just a marketplace of products, but original content such as House of Cards and the last season of Arrested Development. Based on deep customer intelligence, Amazon has already launched its own private label brand, Elements, to sell diaper products, and most recently announced future food products.

Long Tail may not actually be for business

Long Tail first came onto the internet culture seen in an influential post by Clay Shirky, Powerlaws, Weblogs, and Inequality, who studied why certain weblogs (the original term for blogs) had a power law distribution. Anderson expanded the theory to explore implications for culture, and for business, and coined the term Long Tail.

A number of academic long tail specialists cropped up in the mid-2000s to test this theory, and most point to a more complicated conclusion that a true long tail business is rare, and less universal. The topic was interesting to cultural critics for Long Tail’s implications for cultural changes, and business school professors predicting the future of internet business.

A Harvard Business School professor Anita Elberse published a study showing that the Web actually intensifies blockbuster hits. Chris Anderson disputed her findings, citing that she had used percentages, whereas Anderson used absolute numbers. Ultimately Elberse’s analysis may be more relevant to business people, and how they make decisions.

In final analysis – the idea of long tail as a business model has changed with Amazon’s domination of online retail. Upstarts and incumbents must plan any long tail benefits in anticipation of a potential Amazon response, as the company seeks to dominate every possible category. A key question to validate early on when testing a long tail theory: does the company benefit from a wider distribution of inventory, both in terms of inventory and search costs.

The business model mechanisms to test:

The Long Tail: Why the Future of Business Is Selling Less of More, by Chris Anderson, Wired, 2006.

What is a long tail model? by Alexander Osterwalder, Slideshare, 2009.

Rethinking the Long Tail Theory: How to Define Hits and Niches, by Knoweldge at Wharton, 2009.

Should You Invest in the Long Tail, by Anita Elberse, Harvard Business School, 2008. (limited access)

What do you think about the Long Tail model? Do you work in a company that has tried this approach? Do you have other resources or company suggestions we should source? Share your comments or suggest another business model to add to our library.