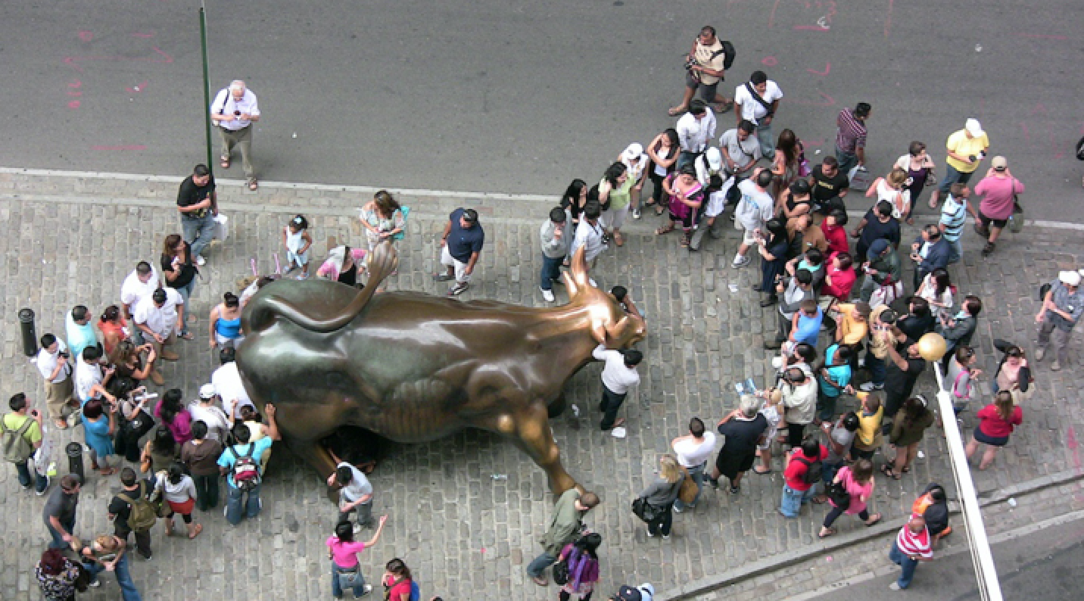 A call to articulate your long-term view

We have this story we tell in business: a vicious loop of misaligned expectations and unrealized dreams.

But what if investors were to shift their time horizon to the long term, and to society?

On January 6, 2018, activist hedge fund JANA Partners and CalSTRS (California State Teacher’s Retirement System) sent a letter to Apple asking them to take responsibility for children’s cellphone use. Citing expert research the company pointed out that overuse of iPhones results in declining mental health among children and teenagers, and is linked to poor attention in the classroom, difficulty empathizing with others, depression, sleep deprivation, and a higher risk of suicide. Together JANA and CalSTRS own $2 billion in Apple stock.

Yesterday, Laurence Fink, the founder, Chairman and CEO of BlackRock, demanded that public companies must make a positive contribution to society in addition to making profits, or risk losing support from his firm. As BlackRock has over $6.3 trillion assets under management and holds the world’s largest position in companies, his annual letter is taken seriously.

We’ve seen this language before from academia, scientists, the medical community, sustainability experts, social justice advocates. Now it’s coming from an activist hedge fund, the world’s largest asset manager, and one of the largest pension funds in the US.

On one side of the economy, we have the stock market reaching alltime highs and massive tax breaks creating huge cash flows for global corporations. On the other side, we have low wage growth, inadequate retirement systems, and job insecurity among the majority of people.

Fink calls it the paradox of high returns and high anxiety.

Add the failure of government to adapt and respond to issues of infrastructure, AI and automation, and continuous worker retraining. Acknowledge the sudden awareness that our addiction to technology innovation may have pernicious social and economic side effects.

Who can address these systemic challenges? Companies.

“…the public expectations of your company have never been greater. Society is demanding that companies both public and private, serve a social purpose. To prosper over time, every company must not only deliver financial performance, but also show how it makes a positive contribution to society. Companies must benefit all of their stakeholders, including shareholders, employees, customers, and the communities in which they operate.”

-Laurence Fink, Chairman and CEO of BlackRock, in his annual letter to CEOS.

To be sure, the reign of the Friedman Doctrine is not over.

“There is one and only one social responsibility of business – to use its resources and engage in activities designed to increase its profits so long as it stays within the rules of the game, which is to say, engages in open and free competition without deception or fraud.”  – Milton Friedman, 1970

Friedman was arguing a point of view, not describing the natural order of the universe, but it was a position widely adopted by investors and regulators over the last 48 years.

Is BlackRock being hypocritical?

It seems that the Wall Street establishment likes the passivity of the ETFs. Matt Levine at Bloomberg called Fink’s threat hollow, “..contribute to society or you’ll lose BlackRock’s support — rings a bit hollow since BlackRock’s index funds can’t sell.” ETFs are just indexes of funds with no active money management, so how, exactly will Blackrock tell company management to do better? Sam Zell, an investor, calls Fink a hypocrite for making what amounts to a public policy statement when BlackRock is a rubber stamping passive investor (who should stay that way, in Zell’s opinion).

Most investors still subscribe to these beliefs, and most company executives and boards fear the arrival of activist investors. Last year Nelson Peltz went after P&G, Bill Ackman went after ADP, and Ed Garen after GE. Acronyms are under attack.

What’s interesting is that BlackRock, typically known as a passive investor as the largest provider of ETFs or Exchange Traded Funds, changed their stance and began siding with Peltz and Ackman in the proxy fights with P&G and ADP. BlackRock also took an active stance against Exxon last year, supporting a shareholder proposal to enhance disclosures on climate impact and long-term strategy.

While the biggest asset manager in the world may be changing the rules of the game, it’s not like short-term activist investors are going away.

Lawrence Fink has advice for executives and company boards:

“Tax changes will embolden … activists with a short-term focus to demand answers on the use of increased cash flows, and companies who have not already developed and explained their plans will find it difficult to defend against their campaigns.”

Companies are at fault for not explaining their long-term strategy so that the context of short-term decisions can be better understood by investors.

While Fink’s letter is worth the entire read, I’ll highlight his words for your next strategy meeting:

“Your company’s strategy must articulate a path to achieve financial performance. To sustain that performance, however, you must also understand the societal impact of your business as well as the ways that broad, structural trends – from slow wage growth to rising automation and climate change – affect your potential for growth.

“These strategy statements are not meant to be set in stone – rather, they should continue to evolve along with the business environment and explicitly recognize possible areas of investor dissatisfaction. Of course, we recognize that the market is far more comfortable with 10Qs and colored proxy cards than complex strategy discussions. But a central reason for the rise of activism – and wasteful proxy fights – is that companies have not been explicit enough about their long-term strategies.

… But when a company waits until a proxy proposal to engage or fails to express its long-term strategy in a compelling manner, we believe the opportunity for meaningful dialogue has already been missed.”

What does this mean for your company? The hidden killer of innovative ideas and bold visions is the fear of the activist investor. CEOs remain torn between staying the course of predictable performance and taking longer-term bets that increase risks. They believe that investors are wary of this kind of change. But investors are more open to risk than CEOs believe. The principle idea that drives the hedge fund industry is that well managed risk (and greater risk well leveraged) yields a greater return.

In your next board meeting, innovation offsite, or budget planning session, review whether your company has publicly articulated your vision, your moonshot, and your path to get there. Investors are more likely to want more investment in potentially disruptive business models if it’s part of a long-term play.

Investors are now becoming more active in understanding how you’ll achieve not just shareholder returns, but the needs of society, community and the environment, will If your strategy is not visible, adaptive to the changing environment, and open for discussion, it’s time to act.