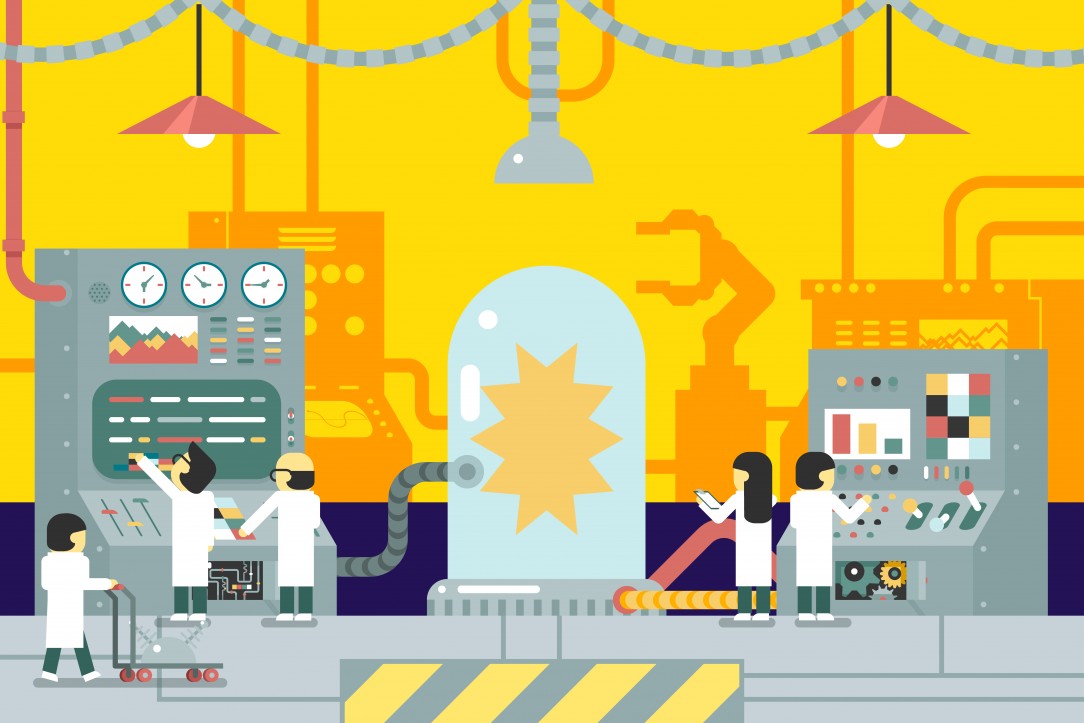 The secret about corporate jobs in innovation is that they are hard to hang on to.

Which one have you been:

a/ The Innovation Pod Leader

Are you in charge of an experimental innovation structure? The incubator that serves as the pet project of a senior exec? Do you have an office outpost in Silicon Valley, where you give tours to senior execs from headquarters? The average shelf-life of these structures is less than two fiscal years. If you so much as hint at a disruptive business model that threatens the dominant profit logic of your company, you’ll find yourself defending your turf.

b/ The Incremental Innovator

Do you have a very specific mandate - your  job sponsored by a P&L line owner with a big budget, sometimes even carved out of a sub line item from the marketing spend? Sure, you can innovate, but do so incrementally please, support the core business only, and deliver revenue improvement within the next two fiscal quarters. Thank you.

Are you marketing the appearance of innovation? You know it when your Key Performance Indicators are measured in press mentions, or social media engagement, vs. innovation outcomes.

You’re damned if you disrupt, damned in the long run if all you do is incremental innovation, and damned forever if all you create is innovation theatre. But there might just be a better way...

What’s A Moonshot Worth?

Alphabet, Google’s parent company, changed all of that with their last earnings report. Alphabet broke out Google’s core business, search and advertising, separately from all of of their other moon shot bets. In fact, all of the other non-Google businesses like Fiber, Nest, and Verily were rolled up into a single reporting category: “Other Bets”.

When the restructure was first announced, it was received favorable by Wall Street, but the real test was in this first earnings report. How did investors respond? Favorably. Enough to pump up the company value higher than Apple’s.

Ruth Porat, Alphabet’s respected CFO who was involved in the conglomerate restructure, spoke on the earnings call several times of the “tough calls” and “prioritizing” that had to happen, and the increasing attention to financial discipline.

That is all Wall Street really wanted to hear. Prior to the Alphabet structure, the Street had dinged Google for not being transparent about their moonshot bets, because they feared the company might be overinvesting in projects with uncertain outcomes.

Big News For Innovation Fans: A Moonshot is Worth 8.7 % of Capex

Most importantly - when the Capex number came out in the spotlight, it wasn’t the giant scary cash sucking monster that had been imagined. What’s Capex?

Analysts and Wall Street folks keep an eye on Capex because it shows how a company is investing in its future. Without a clear split between core business investments and capital-intensive moonshots like Fiber, analysts worried that maybe Google was taking on too much risk, capital that might be better deployed acquiring companies, or giving money back to the shareholders as dividends.

For innovation fans - that’s big news. There is a belief amongst people with innovation that big, successful public companies are the place where disruptive, breakthrough ideas go to die.

Why? The dominant logic of senior executives, the mental maps developed through the experience in the core business, are often applied inappropriately to new businesses. Dominant Logic was a theory explored by management thinker C.K. Prahalad who studied the success and failure of conglomerate structures in the 1980s. He determined that dominant logic favors the core business at the expense of the new.

But with Alphabet’s conglomerate structure, breaking out the core dominant logic into its own business unit gives all of the Other Bets room to fly.

Why Your Job May Suddenly Become Accountable, But With Potential Upside

What does this mean for your innovation job?

If the Alphabet conglomerate structure holds, and Wall Street continues to reward the company for instilling financial discipline in the core business, and the breakthrough bets, then we can expect to see this structure repeat itself.

Instead of begging and borrowing for scraps of budget to build out an innovation team or  startup accelerator, you might get to take those scraps to start up one of these “Other Bets.”

You’ll still need a thoughtful board and senior execs who adopt an evidence-based learning mindset, and are able to question their own dominant logic assumptions to evaluate your investment in innovation, and the projected returns.

Or if you’re not there yet with the board and senior execs - how can you operate “as if” - as if your department or division were seen as a big bet on the future?

Assuming you can get the backing of senior management, and the potential for upside - then the work of innovation becomes legitimate, a true growth path for your career.