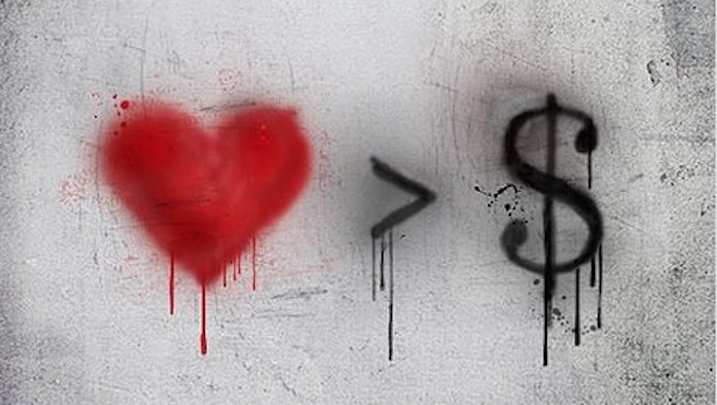 Am I Non Profit or For Profit or Something In-between?

What kind of company is best for my idea?

About three years ago I started to get a new question from entrepreneurs: is my idea best suited to a nonprofit or a for profit or something in-between?

At first I found the question strange.  It seemed so binary to me. When I was graduated from college, there were two basic career doors to open:

Door 1: Work in a nonprofit, or a school, or a hospital, and commit to a life in service to others.

Door 2: Get a job job, in a bank, or a consulting firm, of any kind of job I could get, and commit to a life of making money. Then when I’m wealthy, and comfortable, I’ll give back.

There was not much in between, and there were few examples back then of college grads starting their own companies without substantial backing from a wealthy family member.

In fact I got the best advice during a failed job search at Lehman Brothers. I was being interviewed by an Analyst in their famous training program. “Don’t accept an offer, especially if you get it,” she challenged me, “Join the Peace Corps, do something more interesting, more meaningful.” She was exhausted, and cranky, she explained, because she was working 100 hour weeks and she was at the end of her 2 year stint.

If you know recent financial history and what happened to Lehman Brothers, this young Analyst’s advice to stay far away was a gift, though it didn’t seem like it at the time. I didn’t get the job, and I didn’t join the Peace Corps. In fact, now that I think about it, I’ve been searching for the in-between ever since.

But jump forward 20+ years later, and 7 years after the Lehman Brothers collapse, and the career paths seem more abundant and hopeful.

Now an ambitious college grad often has entrepreneurship as their primary career path, or working in a fast growing tech company. The carefully manicured onboarding ramps to consulting and finance seem too well groomed.

Billionaires like Peter Thiel also help an entire generation of potential college goers and grads with his advice to his younger self: “Before getting swept up in the competitions that define so much of life, ask yourself whether you even want the prize on offer.” He’s created a different door – the Thiel Fellowship – for promising high school grads who are willing to forgo college and all of its trappings to start their own future monopoly instead.

When these young graduates cultivate their ideas, many bring all of the weight of recent history to their view of the world. Combine the financial collapse, the skepticism towards Wall Street, the visceral experience of witnessing 9/11, multiple global catastrophes, and the call to “change the world” explain why so many 20 somethings want to see a connection between their work, and social good.

Of course they want to do well by doing good. Why do we mock the Millennials for wanting this?

For entrepreneurs who want to create a socially net positive outcome in their business structure – there are in fact numerous opportunities to do so. The path to nonprofit or for profit is not as distinct. 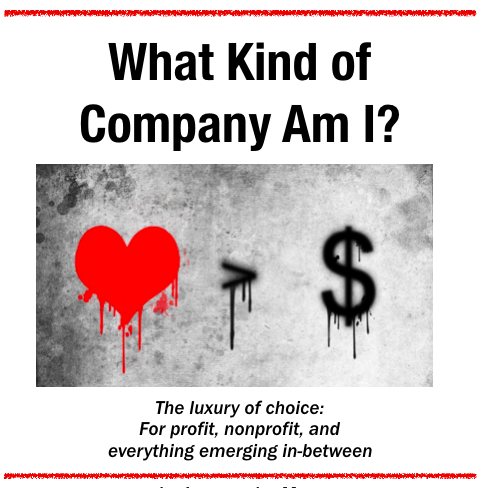 To learn more about the many new types of social impact and hybrid structures, download our decision and self-assessment tool for founders launching new ventures:  “What Kind of Company Am I?” reach out to us at hello at reasonstreet dot co.